Following their consultation paper of September 2018 which identified inherent defects in the current system, the Law Commission were tasked with putting forward how a simpler, more transparent and cost-effective enfranchisement system may take shape.

The main emphasis on reform is to address the difficulties experienced by leaseholders when trying to extend their lease or acquire the freehold of their property, but any changes to current legislation must also adequately protect the interests of the landlords who own the reversion of the property.

The Law Commission has produced three alternative options for a new regime to calculate premiums. Each option uses a calculation method reflecting different elements of the current valuation process. These elements are:-

• The right for the landlord to receive the ground rent under the lease for the remainder of the unexpired term (the term);
• The right to possession of the property on expiry of the term (the reversion);
• The enhanced value to the leaseholder of owning both the freehold and the leasehold interests which is greater than the value of the two interests held separately (marriage value); and
• The potential for the freehold and leasehold interests to come into common ownership (hope value).

This scheme produces a premium based on the value of the term and the reversion only, thereby excluding both marriage value and hope value. This calculation reflects what the landlord would receive if the lease ran its course and the leaseholder never chose to extend the lease or acquire the freehold. For the purposes of this scheme the leaseholder is treated as not being in the market, and that they never will be.

The premium produced using Scheme 2 is based on the term, reversion and hope value. In this case it is assumed that the leaseholder is not currently in the market, but may be in the future. Hope value is therefore included in the calculation as there is a possibility that the freehold could be acquired by the leaseholder in the future. This scheme therefore reflects what the landlord would receive if their interest were sold to a third party.

The Law Commission have also put forward a series of sub-options that could feature in the three schemes. Perhaps the most significant of those options are the proposition to prescribe the rates used in calculation, which are an all too often source of disagreement between respective valuers, and capping the value of the ground rent at 0.1% of the freehold value. Other options include a reduction in premiums for owner-occupiers and removal of the 80 year cut-off for marriage value.

The notion of an online calculator has also been put forward which would be welcomed by leaseholders and would provide certainty and transparency as to their costs outlay. If an online calculator were to provide a true premium figure then we would have to see implementation of prescribed rates going forward. This presents an interesting conundrum for the enfranchisement valuation sector whose role in the process would become largely, if not totally, redundant.

The Law Commission have put forward a set of three main options for future premium calculations. At one end of the scale you have a calculation method which is hugely favourable to the leaseholder by excluding several of the current calculation elements and thereby reducing the premium, and at the other end you have a system which reflects the existing calculation method. It is the intention that there is to be interplay with the additional sub-options which can have the effect of tipping the balance one way or another.

The Law Commission’s conclusion is that their suggestions for reform ensure that landlords would continue to receive sufficient compensation but it remains to be seen whether Parliament are of the same opinion. 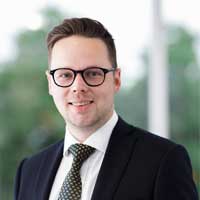