Companies must note that ‘resolutions’ which have been agreed by the company’s shareholders by way of written resolution must have been circulated on the authority of the company’s board – otherwise the resolutions will be invalid.  A company discovered this to its cost in a recent ruling which illustrates that the strict requirements of company law must be complied with[i].

If the board receives written notice from shareholders representing not less than five per cent of the total voting rights requiring it to do so (pursuant to the provisions of sections 292 and 293 of the Companies Act 2006 (the Act)), the board must circulate the written resolution to all eligible voting shareholders of the Company.

There is no provision which authorises only one of the company’s directors, or one or all of its shareholders, to circulate the resolutions instead.

So what was this case about?

The company concerned had three shareholders, two of them (A and B) were also directors. The relationship between the directors had broken down and the board was in deadlock.   In terms of the shareholding, A and C held the majority shares which was enough for them to pass the resolution on their own, even if B did not agree.  A circulated to shareholder C a resolution to be passed by way of written resolution appointing C as a director of the Company which C signed.  The resolution was not circulated to B at this point in time.  Both A and C were aware that the appointment of C as a director was being made with the purpose of breaking the deadlock and facilitating the appointment of administrators to the Company.

Two days after the resolution had been signed by A and C, A emailed B requesting that the Company circulates a written resolution to appoint C as a director and calling a directors meeting to be held, by conference call, an hour and a half after the email was timed, the email failed to attach the proposed resolution.  B refused to “attend” the meeting of directors on the grounds of insufficient notice.

A signed the resolution and relied on that as being effective to appoint C as a director.  A and C subsequently, in their capacity as directors, passed a resolution to appoint administrators to the Company.

The High Court  made two judgements:

Firstly the appointment of C as a director was invalid as s.293 of the Act had not been complied with as the provision required circulation of the resolution to all members of the company eligible to vote.  Therefore circulation after the resolution had been passed was insufficient.  In addition,  the Company had failed to propose, consider or circulate the resolution in accordance with section 292 of the Act.

Companies can rely on written resolutions to agree shareholder decisions and this can make the process far more convenient if, for example, calling a formal meeting is not practical. However, if circulation is to take place, the directors  must ensure that written resolutions are circulated by the board as a whole and to all eligible members, otherwise the consequences of finding that a resolution is invalid could well be significant. 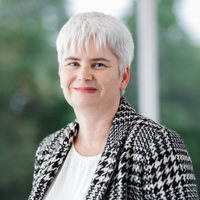