We are pleased to provide you with the Herrington Carmichael employment law update for November 2020.

1. Extension to the Furlough Scheme

The Government announced that the Coronavirus Job Retention Scheme (Scheme) would be extended until March. It was also confirmed that the Job Support Scheme (Open and Closed), which was set to launch, will be delayed.

The Scheme is being extended until March, with the level of the grant being the same as was available under the Scheme back in August. This being that the Government will pay up to 80% of an employee’s normal pay, capped at £2,500 a month. This differs to the last three months, where the Government had been steadily reducing their contribution and requiring employers to increase theirs. Employers will not be required to contribute to wages but will be required to pay NICs and pension contributions.

The new furlough guidance contains updates to be aware of and proper advice should be obtained if you are intending to use furlough.

For example, provided a furlough agreement was in place by 13 November, it can be retrospective back to the 1st November. The rest of the rules of the scheme would still apply so that the employee must not have been working at all (for full furlough) or must have been working reduced hours (for flexi-furlough) between 1 and 13 November.

From December 2020, HMRC will publish employer names and registration numbers of companies of those who have made claims under the scheme for the month of December onwards.

The Government has also confirmed that furlough cannot be used, from 1 December 2020, onwards for an employer to recover amounts in respect of periods when an employee was under either contractual or statutory notice.

Employees are increasingly looking to challenge payments they receive. We are seeing a rise in cases in this area as people’s means reduce in light of the pandemic. Employers should therefore be aware of the recent case of Nair v Lagardere Sports and Entertainment UK Ltd, in which the High Court confirmed that an employer’s failure to ensure an employee receives their contractual bonus could possibly breach the implied duty of trust and confidence.

It was found that the employee was led on over an extended period of time and the Court decided that the implied term of trust and confidence had been breached by the employer. This gave rise to liability.

This claim highlights the importance of employers having clear bonus arrangements and keeping to these. We expect to see these cases continue to rise and employers are recommended to review what they have in place.

3. Can failing to return to work amount to acceptance of a breach?

For an employee to be constructively dismissed they must accept the repudiatory breach by the employer and treat the contract as at an end. The Employment Appeal Tribunal (“EAT”) recently held that an employee can communicate their acceptance by failing to return to work.

The case here was Chemcem Scotland Ltd v Ure. The ex-employee failed to return to work following her maternity leave and brought a claim for constrictive unfair dismissal. Whilst on her maternity leave, the employer committed various breaches of the employment contract. The Employment Tribunal found these breaches sufficiently serious to entitle her to resign and bring a claim. The employer appealed the decision, arguing that the ex-employee had not communicated her acceptance of such breaches.

The EAT then confirmed the Employment Tribunal’s decision and agreed that the ex-employee’s failure to return to work after her maternity leave amounted to her acceptance of the repudiation. The facts of this case were “eloquent of the true position” and therefore the ex-employee was not required to expressly communicate with the employer. However, it should be noted the contract does not always end automatically. The Employment Tribunal and the EAT will look at the evidence in a particular case when deciding if, in those circumstances, the employee has communicated their acceptance unequivocally and unambiguously.

Uber loses in the Supreme Court: drivers are workers, not self-employed

On 19 February 2020 the Supreme Court upheld the Employment Tribunal’s decision in the Uber BV v Aslam & Others case.

END_OF_DOCUMENT_TOKEN_TO_BE_REPLACED 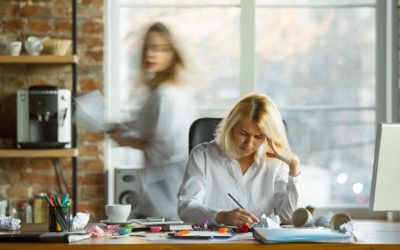 Would you rather: pay £62,381 in compensation OR make “reasonable adjustments”?

END_OF_DOCUMENT_TOKEN_TO_BE_REPLACED 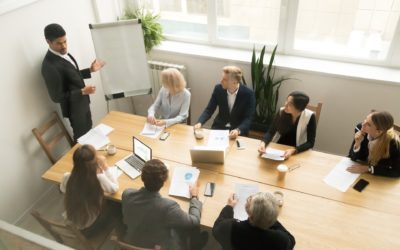 Has your equality and diversity training gone “stale”?

Employers need to take “reasonable steps” to prevent discrimination in the workplace and this includes regular equality and diversity training.