Following the recent “win” in the Supreme Court for heterosexual couple Rebecca Steinfeld and Charles Keidan, the idea that a civil partnership could be available to heterosexual couples, as well as same sex couples, is looking evermore likely. Aside from removing the ‘negative connotations’ of marriage (the reason that Rebecca and Charles began their legal battle), but still providing a way for couples to commit to one another in a formal and legal way, there are other benefits which may sway some people into considering a civil partnership. One of these is that there are significant tax savings to be made by a couple who are married or in a civil partnership that cohabitating couples simply don’t qualify for.

Advantages
Despite the fact that a cohabitating couple are treated the same as a married couple when assessing eligibility to means tested benefits, the same treatment is not afforded when it comes to the tax allowances that civil partners and spouses receive.

Income Tax
People who live together are taxed separately and each person has their own personal allowance entitlement. Couples who have entered into a civil partnership or a marriage however, are entitled to a Married Couples Allowance which allows for unused Personal Allowance of up to £1,190 to be transferred to their spouse or civil partner if they earn more.

Inheritance Tax
Inheritance Tax is where a civil partnership or marriage can be seen to have the most significant impact. Assets left by one spouse or civil partner to their surviving spouse or partner are not subject to Inheritance Tax because, again, spouse exemption can be claimed. Where one spouse/ partner is not domiciled in the U.K there is a limit to this exemption, but where both spouses/ partners are domiciled in the U.K then there is no limit to this exemption. By contrast, cohabitating couples who are unmarried and not in a civil partnership will have to pay Inheritance Tax on everything over the Nil Rate Band (currently at £325,000) passing to their cohabitee. Married couples and civil partners can transfer their unused allowance to be used on the second death, as well as transferring the new Residence Nil Rate Band.

Intestacy
Further to this, if a person dies without leaving a Will, their estate will be distributed according to the rules of intestacy. A cohabitee will not automatically inherit, unless the property is jointly owned. A married couple or civil partners will automatically inherit from their spouse or partner’s estate under the rules of intestacy but this will be limited if the deceased has children.

Disadvantages
There are also some considerations to marrying or entering into a civil partnership which may negatively impact upon finances, for example a married couple or civil partners can only nominate one main residence for principal private residence tax exemption if sold. Cohabitees each owning a property would not have to do this.

The dissolution of a civil partnership is also not the same as a divorce in that civil partners cannot rely on adultery as a factor for the irretrievable breakdown of a marriage.

Although the recent Supreme Court judgment does not oblige the Government to change the law, the pressure is now building for something to be done, and civil partnerships could soon become a norm for many people who want to benefit their life partner without having to marry.

If you are considering a marriage or civil partnership and would like to understand the tax implications of such a decision, please book an appointment to speak to one of our Private Client solicitors. 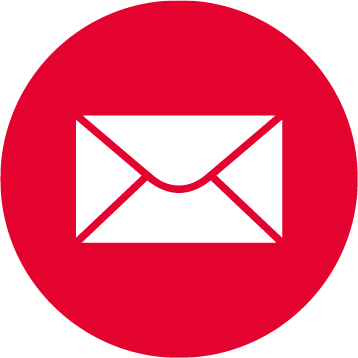