Directors of a company are subject to a number of duties which have the purpose of protecting the shareholders of a company by ensuring that directors can be held to account for the way in which they manage the day-to-day affairs of a company. These duties are primarily laid down by the Companies Act 2006 (the “Act”).

Directors may hold the erroneous belief that they can do as they wish in managing the affairs of a company, particularly in the case of owner-managed businesses where the directors are also shareholders of a company.

What are the directors’ duties laid down by the Companies Act 2006?

A director of a company is required to:-

1. Act within its powers

A director is required to act in accordance with the company’s constitution (including, without limitation, the Articles of Association and agreements of a constitutional nature, such as a Shareholders Agreement). Additionally, a director is required to only exercise his / her powers for the purposes for which they were given. This ensures that directors do not allow themselves to be influenced by any improper purpose.

By way of example, one conceivable breach of this duty could be a director allotting shares in excess of a threshold contained within the Articles of Association.

Directors should therefore be careful in ensuring that they have the requisite authority to make a particular decision.

2. Promote the success of the company

A director is required to act in the way he / she considers, in good faith, to be the most likely to promote the success of the company for the benefit of its members as a whole (typically the shareholders of the company). The Act lists also out a number of factors which directors are required to consider when making their decisions including, without limitation, the likely consequences of any decision in the long-term.

It is therefore prudent for a director to keep detailed records of all decisions made and the reasons why that decision was made. This represents potential protection for directors against future claims that they have acted in breach of his / her duties.

A director is required to exercise independent judgment and make his / her own decisions on particular matters. By way of example, a director would not agree separately with a shareholder to vote in a particular way at board meetings. However, it should be noted that this does not prevent a director taking independent legal advice, and a director must not be dominated by another director or by a shareholder.

A director is required to exercise the care, skill and diligence which would be exercised by a reasonably diligent person with:-

a) The general knowledge, skill and experience which may reasonably be expected of a person carrying out the same functions as that director in relation to the company; and

b) The general knowledge, skill and experience which that director actually possesses.

This duty is therefore subject to both an objective (para a)) and subjective test (para b)). As a minimum, a director is expected to exercise the care, skill and diligence that another director in a company of similar nature would exercise. However, if that director also has a particular skillset, then that individual would be expected to meet that higher standard set by that skillset. To put this into context, if a director happens to be a qualified accountant, that director will be expected to meet that higher standard of care, skill and diligence.

One such example of this could be if the director is connected to another company and both companies wish to enter into a contract with each other.

It should be noted that conflicts are able to be authorised by other directors who have no direct or indirect interest in the transaction.

6. Not accept benefits from third parties

It is important to note that this duty is not infringed if the acceptance cannot be reasonably regarded as being likely to give rise to a conflict of interest.

7. Declare his / her interest in a proposed transaction or arrangement with the company

Are there other duties expected of a director under the Act?

The Act imposes a number of other obligations on directors beyond the typical directors’ duties explained above. These include, without limitation, duties relating to the preparation, content, circulation and filing of a company’s annual reports and accounts. There are also other duties relating to confidentiality, health and safety, the environment and anti-corruption.

What happens if a director breaches these duties?

A director owes these duties to the company which the director is a director of and, as a result, generally only the company will be able to enforce them (save for derivative actions which may be brought by shareholders in certain circumstances). The duties are not owed to other group companies.

A breach typically gives the company a number of remedial options, including damages and injunctions. Breaches of certain duties can constitute a criminal offence which could result in a fine, potential disqualification or imprisonment in serious cases.

What can be done to prevent a breach of directors’ duties?

The most effective means of preventing a breach is to keep directors abreast of their duties and responsibilities to the company. An additional measure to consider from a directors’ perspective is an indemnity from the company or directors’ and officers’ insurance taken out by the company. Directors should also document decisions, and where directors are unsure about particular matters, they should take professional advice on that matter.

In particular, if there are concerns about insolvency, a director should seek immediate legal advice to ensure they do not become personally liable under the insolvency legislation.

We advise both companies and directors in relation to duties owed to the company. For strategic legal advice on this matter, contact our expert corporate lawyers as soon as possible. Please contact Yavan Brar on 01189 899713, Matthew Lea on 01189 898155 or Chris Gemson on 01276 854669. 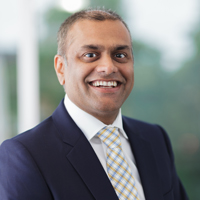