Contract termination: Getting it wrong

Contracts commonly include express rights for termination, setting out clauses allowing parties to terminate in specified circumstances. The triggers for termination often include insolvency and a material breach of contract.

Unless limited or excluded under the relevant contract, in addition to express rights of termination, common law will give a contracting party the right to terminate a contract for the most serious breaches – (these are known as repudiatory breaches) and may, depending on the circumstances, give rise to an implied right to terminate on reasonable notice.

Either way, the terminating party needs to ensure it is justified in terminating the contract – this will depend on all the circumstances, including the wording of the contract and the events giving rise to an alleged right to terminate.

When the party terminates the contact, both parties will be released from any further duty to perform their main contractual duties, also referred to as their primary obligations, such as to deliver goods or services and to pay for them.

The terminating party may also serve a non-compliant notice to terminate, which could result in the purported termination being ineffective.

The terminating party needs to comply exactly with the contract’s notice requirements. For example, when serving a notice to terminate the notice clause will typically specify where and how to send a notice, and when it is deemed received.

In the recent case Zayo Group International Ltd v Ainger and others [2017] EWHC 2542 Comm, a party wanted to claim for a breach of warranty under a share purchase agreement (SPA). To do so they had to serve notice on all of the defendants. The contract stated that notice must be served by delivering the notice by hand to the relevant address, or by sending it by special delivery to the relevant address. All of the parties apart from the fifth were validly served notice before 17:00 on the final date for service. When the courier arrived at the address given in the SPA for the fifth defendant, it became clear that she no longer lived at that property. The courier then left the property taking the notice with them. Notice was therefore not served as required by the contract and none of the defendants were liable for the breach of management warranty claim. If the courier had left the notice at the address then notice would have been deemed served. This case highlights the importance of following the notice requirements in the strictest sense and the huge consequences that can flow from failing to serve notice correctly.

In some cases, a party who seeks to terminate contract, relying on a mistaken belief that it had the right to so, has by its work and behaviour committed a repudiatory breach of contract.

In the case Regulus Ship Services Pte Ltd v Lundin Services BV [2016] EWHC 2674, the claimant had repudiated the contract when it emailed the defendant purporting to give 48 hours’ notice to terminate. The contract allowed a party to terminate the contract by giving 48 hours’ notice. The claimant gave notice, purporting to start the notice period 48 hours before it was sent. So the notice didn’t comply with the clause and didn’t trigger termination under the clause. The Commercial Court found it was a repudiation because, looking at the terms of the notice, they hadn’t invoked the termination clause in accordance with its terms, and terminated the contract straight away without giving 48 hours’ notice.

Businesses should approach terminating contracts with caution and carefully assess their termination rights to ensure they have the right to terminate and they follow the termination procedure outlined in the contract.

If you are considering terminating a contract we strongly advise you seek legal advice before taking any steps to terminate, otherwise it could prove costly. It is vital to understand the extent and the limits of your rights, and what remedies are available to you – depending on the course you take.

For strategic advice on termination and serving termination notices, please contact the commercial team at Herrington Carmichael LLP using the details provided below. 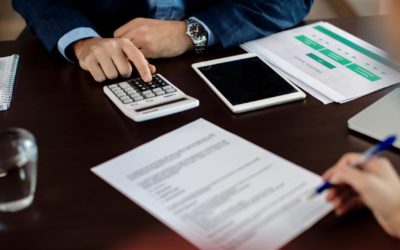 The New FCA Consumer Duty – How does it impact firms?

In July 2022, the Financial Conduct Authority (FCA) published its final policy, rules and guidance on the new Consumer Duty. 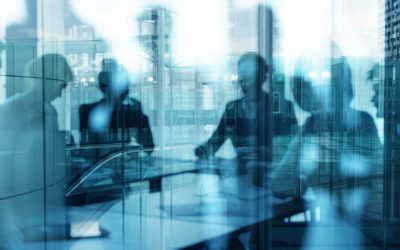 Director disqualification in respect of dissolved companies is not a new principle, but in 2022 there is certainly a greater risk of it arising…

Top Tips for registering your company with Companies House

This podcast is for new businesses looking to register their company and will help you avoid making mistakes that can be costly further down the line.

When a company is insolvent, the directors of a company are under a duty to protect the interests of the company’s creditors.