Now that the UK has formally left the European Union, we have set out below a summary of two key points that businesses across the UK need to be aware of from a competition law perspective.

The UK formally left the European Union on 31 January 2020, and by virtue of the transition period in the Withdrawal Agreement, Articles 101 and 102 (which prohibit, respectively, restrictive agreements and arrangements and abuse of market power) continue to apply in relation to the UK only until 31st December 2020 as at the time of writing. At that point the UK’s Competition and Markets Authority (CMA) and the UK courts will cease to apply EU competition laws in relation to future activities, but they will continue to apply these laws in respect of conduct that took place before the exit date.

Once the transition period is over, the applicable Chapter I and Chapter II prohibitions under the Competition Act 1998 in the UK will remain in place, subject to any future amendment. However, conduct which infringes both UK and EU competition laws post-Brexit will be subject to a separate investigation by the CMA and the European Commission (EC). One notable point that will be different will be that the EC will not have the power to carry out dawn raids on a business in the UK: it will have to send a request for information (as it does now with businesses outside the EU such as businesses in the US). It is important to note that commercial practices conducted by companies outside the EU will continue to be subject to potential investigation by the EC, where there is an actual or potential effect on EU trade, and also by the CMA where there is an actual or potential effect on trade within the UK.

During the transition period the UK will continue to be treated as if it were a Member State under the EU Merger Regulation (EUMR), such that the ‘one-stop shop’ principle under the EUMR continues to apply meaning the UK turnover generated by merging parties must still be taken into account to ascertain whether the EC should have exclusive competence.

After the end of the transition period, mergers with a UK dimension will no longer be subject to the EU exclusive one-stop-shop principle. The EU merger regulation test is a complex multi-jurisdictional turnover test where the turnover threshold in much higher than it is in the UK. The UK merger jurisdiction test requires there to be either an increment to share of supply in a market over 25% or a £70 million turnover for the target (or £1 million where the target falls into a special category of business type). This is likely to capture significantly more merger transactions as the turnover threshold is much lower than it is in the EU. Where a merger satisfies the jurisdictional thresholds of both merger regimes, the CMA and the EC may conduct parallel assessments. This will give rise to additional administrative burden and uncertainty, as the two authorities may not reach the same outcome. 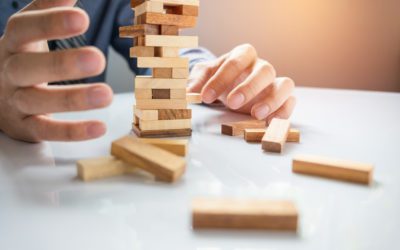 The future of the M&A market for buyers

The post-COVID-19 M&A market is a buyer’s market. Buyers are taking advantage of target businesses…

How will Brexit affect your business?