The embargo on evicting or winding up companies who have failed to pay their commercial rent has been in place for a while; was extended from 30 June 2021 and remains in place until 25 March 2022.

The exception was if the creditor could show the failure to pay the rent was not COVID related but the few Court decisions made under the emergency legislation made it clear that the exception was an extremely high hurdle to clear.

However, if the debt is not commercial rent arrears, the emergency ban on issuing Winding Up Petitions will end on 30 September 2021 and to mitigate the position; there will be some new provisions, again of a temporary nature; which creditors will have to follow.

Many creditors will have put off serving Statutory Demands because the next step of issuing a Winding Up Petition was impossible. Others will have issued money claims for the debt and have Judgements that they have chosen not to enforce for the time being.

Creditors still have to make difficult decisions as to whether the expense of the Winding Up process is worth it for a debtor company that clearly has a large number of debts. The fact you are the creditor issuing the Winding Up Petition does not give you any priority over other creditors.

It does at least give creditors more control over debts owed by those companies who have perhaps taken an unfair advantage of the emergency legislation, in circumstances where they have continued to trade reasonably effectively over the last 12-18 months.

Our Dispute Resolution Team will continue to provide updates and can be contacted on DRTeam@herrington-carmichael.com or 01276 686222. 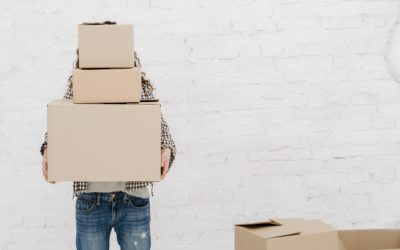 END_OF_DOCUMENT_TOKEN_TO_BE_REPLACED

This podcast will be discussing the common errors commercial tenants make when deciding to end...

END_OF_DOCUMENT_TOKEN_TO_BE_REPLACED

This podcast will be looking at the practical difficulties caused by COVID emergency restrictions...